The Freedom Theater of Jenin came to Al-Quds University on the 6th of March to stage Return to Palestine in front of a student audience at the Arabic Poetry Hall on campus.

Loosely based on Ghassan Kanafani’s 1969 novel, Return to Haifa portrays a contemporary trip back to the homeland for Jad, a young Palestinian-American man who is at first shocked and puzzled by the checkpoints and gunshots in the birthplace of his parents.

The six actors used their bodies and voices with powerful physicality and emotion to show both the catastrophe of 1948 and the life of Palestinians afterward. The play used both humor and tragedy to highlight social issues facing Palestinians in the different cities, villages,

The ensemble cast, in monochrome black costumes under dramatic lighting, elicited an energetic response from the audience making Return to Palestine a memorable and colorful day at Al-Quds University.

“The play highlighted very common events that we, the Palestinians, live every day,” said Hakam Abu Laban, a third year Media student, “The way of performing these events in a sarcastic and emotional way engaged the audience strongly with the play.”

The Freedom Theater draws on talent from several cities including Jenin, Hebron and Qalqilya. International members and volunteers bring their skills and talent to the company’s productions.

“We attempt to show collective memory and individual stories Palestinians lived and are still living,” said Micaela Miranda, a Portuguese director and dramaturge who has lived in Palestine for ten years. The cast wrote the script as a group and it reflects the diversity of political views and social situations among Palestinians.”

The Freedom Theater aims to use theater to enhance the role of art in changing society.

“The actors portray killing, checkpoints and Palestinian roads like Wadi Al-Nar, in a very efficient and emotional way,” said Ibrahim Abyat, a first year Human Rights student. “The Freedom Theatre refreshes Palestinian memory by presenting the Palestinian past and present in a small theater with simple instruments.”

Return to Palestine will be on tour through April in different locations in the West Bank including the Arab American University in Jenin, with final performances at Freedom Theater’s own venue in Jenin. 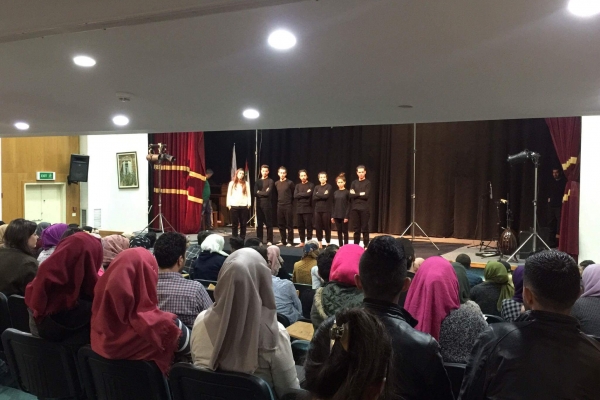 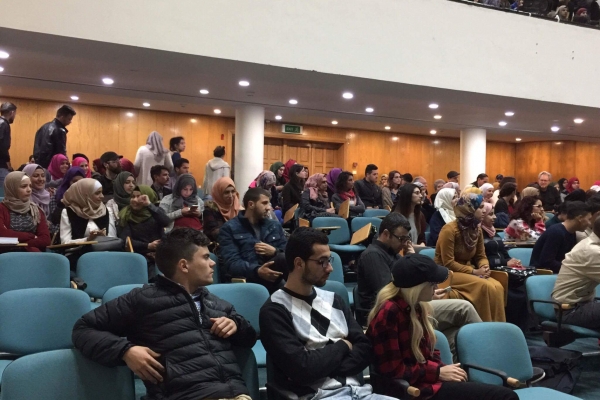 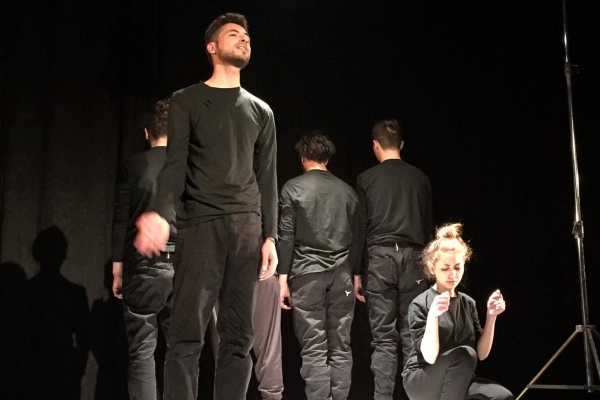